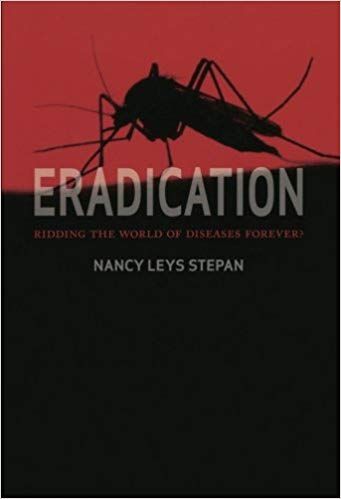 Science Biology
Reviewed a year ago by Henrique Cruz

Disease eradication is something we hardly think about in the west. Smallpox and Polio are distant memories buried in our high school history books and we only remember Malaria and Dengue when we're planning our next vacation. For this relatively innocuous environment we have much to thank to the galloping advances in economic growth, sanitation and disease control, and for the ambitious eradication campaigns fought in the 20th century.

From the Caribbean to the world

As an outsider, your might think that disease eradication would be a theme of consensus, not of discord. That is far from the case, as even today, economic theories between those who believe that health improvements are followed by tides of economic growth clash with the ones who advocate that only by addressing health first we can expect economic prosperity. And it is against this backdrop of suspicion, skepticism and debate that we follow the history of disease eradication campaigns.

After an initial introduction to these and other historical upbringings of public health, the book explores the most important eradication campaigns the world has pursued.  The central character throughout most of the book is Dr. Fred L. Soper, one of the key architects of the eradication history, who led the efforts in campaigns against malaria, yellow fever, and others, first with the Rockefeller Foundation and later as the American head of the Pan-American Health Organisation.

The history of eradication campaigns starts in the early 1900s, in Havana. The target, yellow fever. The reasons for eradication less of a pursuit towards public health improvement in Cuba and more political, given the importance that Cuba had in the slave trade route and the menace that infection posed to the United States.

Borrowing the same framework in all the campaigns covered in the book, Nancy introduces the contextual importance of the disease at that time, the methods and strategies followed, and its results. And in the midst of recounting the battles to fight yellow fever, malaria, hookworm disease and other infectiousness diseases, the book covers the rise (and fall) of DDT spraying, the creation of the WHO following WWII and the pivotal importance of the Rockefeller foundation - as the Gates foundation today - in investing in technical research and working with the local communities in the eradication campaigns.

In particular, a whole chapter is dedicated to smallpox, the poster child of disease eradication, and the history between the discovery of its vaccine in 1796 and its official elimination in 1977. Along with it, Nancy questions whether the eradication of smallpox is the exception - with its effective vaccine and the fact that it is only transported by humans, not mosquitoes - or only the first in many eradication successes to come.

Finally, the last chapter covers the controversies around eradication today, the shift towards increased focus on primary health care services that followed smallpox elimination and the recent resurgence of eradication campaigns driven by the Gates foundation.

I learned a lot reading Eradication. I came in contact with this book through Bill Gates' blog and finally decided to pick it up after sitting for a couple of years in my to-read list. Coming from a point of near ignorance on the topic, the book does a great job in getting you into the weeds of the different eradication campaigns and reflecting about the deepest questions of whether eradication is even feasible and desirable.

It is not easy to read, as the book is geared towards academics rather than to the general public. It is best read during quiet afternoons with a clear head and time to focus than in 1-2 page flashes on your nightstand.

In the end, it will get you inspired to know more about public health, what we've learned from the past attempts, and how we can use those learnings today. That and bugs. You will learn a lot about bugs.