The One World Schoolhouse: Education Reimagined 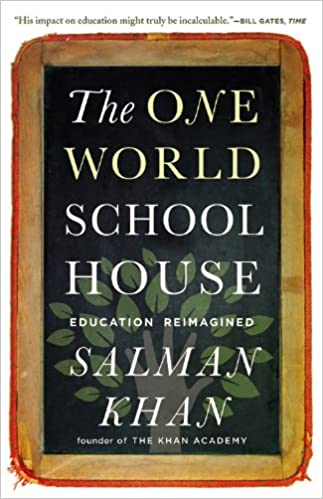 Education
Reviewed a year ago by Henrique Cruz

Considered by Bill Gates one of the people with the potential to impact our world the most, Salman Kahn has become a symbol for the new forward-thinking era of education. And after 365 million views on their videos, and more than 1.8 billion problems solved by students on KhanAcademy.org, is getting difficult for his work to pass unnoticed.

From a former hedge fund analyst to a tutor to the world, Khan shares with us how his passion for teaching started from helping his cousin Nadia in math, and we learn about the historical principles which shape our classrooms today. Moreover, we get a glimpse of his vision for a better, healthier school system.

A trip down memory lane

Before thinking ahead, why not get back in time and understand what got us here? At the start of the book, we are taken back to the roots and through a high speed journey from our primitive societies, to 19th century Germany.

Learning has been in the center of our development as a society for a long time. In fact, it has always been there. The importance of learning was probably never as crucial to us as during our ancestor hunter-gathering society, where stakes were high, and your success as a student of the art of surviving in the wilderness could decide a lot more than your chances of landing your dream job at Google.

Things have changed though. In short, the evolution of our educational system can be split into:

Our system continued to evolve, particularly influenced by a group of thinkers in the United States, and it is interesting to learn how the Prussian model, initially built as a political tool and the basis for the german industrialization, became the basis for how we run schools today.

What is wrong with the current system? Why are students unable to reach their intelectual potential?

Spending a day at any school can reveal that. We are all familiar with the current teaching paradigm. Students in a classroom learn different subjects, take tests and are graded on their performance. The train continues to move and the following week everyone has passed from learning fractions, to the world of trigonometry.

This models fails as it moves students along the chain as if they were in a coordinated discrete assembly line, while the truth is that kids (and adults) learn at different speeds and struggle to grasp new concepts at different stages of their learning curve. By moving everybody around in a poorly constructed harmony, we are disregarding mastery of knowledge as the gateway for advancing in school, and instead measuring our leaning cycle through increments of time.

In a straightforward and eloquent fashion, the book follows the most of the classic school-related debates, namely the importance and the essence of tests or homework, and whether school is designed to stimulate and embrace creativity.

The flipped classroom and 2 hour schooldays

The current way of teaching is broken, we get that. But how do we transform it? Will schools need to spend millions of dollars on a new system, and how can the developed world afford to give students the freedom to learn at home, when they still struggle to even have books at school?

The latter part of the book, and after a tour through how Khan Academy was designed to close knowledge gaps for our young minds, Salman shares a few of his ideas for a age of learning:

Finally, we are exposed to a few examples of where these ideas have been implemented in the US school system. The most prominent of the experiences started taking place in Los Altos in 2011, with more than 1.000 students and teachers actively using the software to complement the tradicional method.

The debate over our educational system isn’t new. The One World Schoolhouse blends an historical perspective into the subject, coupled with Khan’s vision for the future of schooling. Most topics covered only scratch the surface of possibility, and although I would preferred for it to be deeper at times, it fits the purpose of giving the reader an overview of the author's ideas.

I like to think that a good, accessible and wide-spread educational system is the most impactful endeavor that anyone could working on. As such, you can understand how my rating of the book might come with a bias. Either way, I invite you to learn more about our current ways, and how an intelligent use of technology can fundamentally shape the way we take mankind forward. 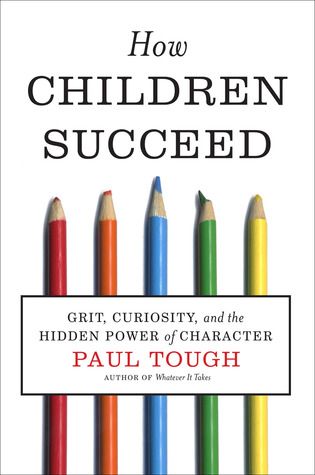 How Children Succeed: Grit, Curiosity, and the Hidden Power of Character

By Paul Tough (2013) Pages: 256, Final verdict: Should-read Are the children with the highest test scores more likely to succeed in life? As the United States spend over $550 billion a year on public elementary and secondary education, this question is always on the forefront of political campaigns and... Read more

The Well-Educated Mind [https://amzn.to/2J90L8t], by Susan Wise Bauer (2003) Pages: 432,Final verdict: Great-readI have realised a strange paradox recently. Even though the mankind reached the highest literacy rate ever in history (on average), the influence of ads, mass media, gerrymandering, conspirators or populism have risen with... Read more