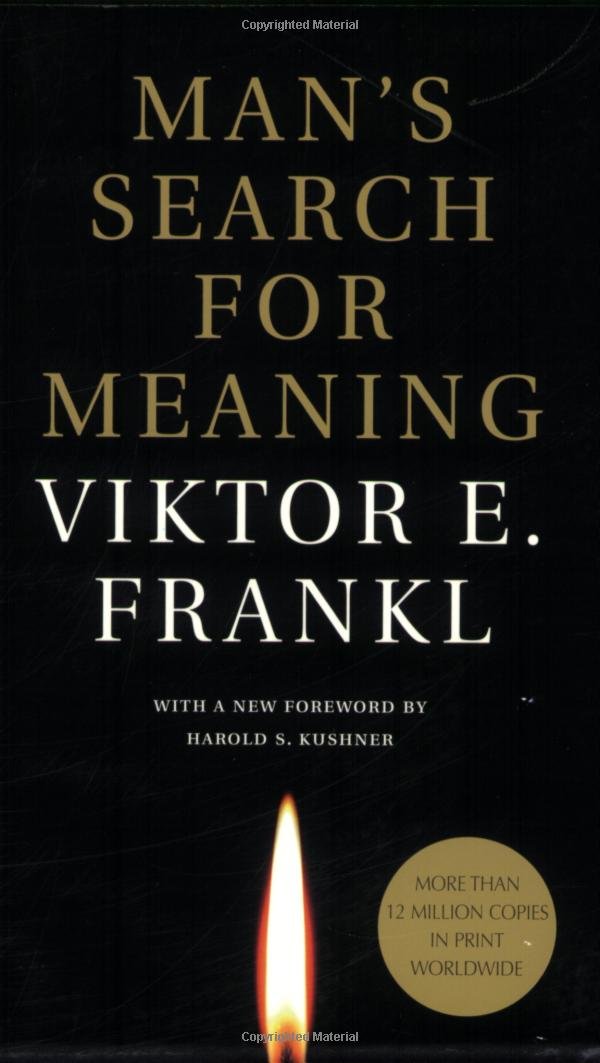 Can suffering provide a meaning for one's life? In the cruel setting of World War II concentration camps where Viktor Frankl was imprisoned, he found a meaning to his suffering, as recounted in his 1946 book Man's Search For Meaning - one of the best selling books of the 20th century.

A prominent Austrian psychiatrist of Jewish origin who developed a form of psychotherapy called Logotherapy, Dr. Frankl was imprisoned in Auschwitz and other concentration camps during the holocaust. And although his parents and wife did not survive the camps, Man's Search For Meaning is a book about hope and meaning.

Prevailing in spite of suffering

The book is divided in two parts. The first recounting Frankl's experiences in concentration camp, with detailed descriptions of the men's states of mind as seen from a psychiatrist; and a second part, an introduction to Logotherapy.

The events described from Frankl's time in concentration camp are so terrible in their nature that I feel like I can't write any respectable summary of it in this review. I would like to feel like it's too dark to be true that men would treat each other in such a way, but unfortunately we all know that that's not the case.

Frankl describes how the guards beat the prisoners to work outside during the freezing eastern European winter, how they only had one piece of bread to eat each day or the brutal selections for the gas chambers - anyone who would look unfit for work would be gassed.

"We who have come back, by the aid of many lucky chances or miracles - whatever one may choose to call them - we know: the best of us did not return." - Viktor Frankl

Amidst such terrible conditions, what can keep someone from giving up from life? In Frankl's words, "it did not really matter what we expected from life, but what life expected from us". It's how you choose to face the suffering that matters - in face of unavoidable suffering, how would you react?

Frankl believes that it was the meaning he found for his life that helped him go through all the suffering. Some of the men found meaning in their suffering because they knew there was someone waiting for them, others because they knew they had something to accomplish. This was the case for Frankl, who wanted to tell the world about his theory of existential analysis: Logotherapy.

An introduction to Logotherapy

Prior to start of World War II, Viktor Frankl started developing his theory for existential analysis which he called logotheraphy, from the greek word logos - meaning.

In the second part of Man's Search For Meaning (which was not present in the first edition of the book), Frankl provides an introduction to this form of therapy. Its roots, however, could already be found on the first part of the book as Frankl describes how finding a meaning for their suffering helped the prisoners in concentration camp.

In fact, Logotherapy is based on the principle that man's will to meaning is his most important motivational factor - i.e. we all want to find a meaning for our lives and finding a meaning could solve a lot of our motivational issues.

But don't be fooled: Frankl won't tell you what the meaning of life is, because he believes that such a meaning will always be individual and specific for each one of us. Nonetheless, Logotherapy could provide support in finding such meaning and Frankl describes three ways in which man finds meaning in his life:

"Live as if you were living for the second time and acted as wrongly the first time as you are about to act now." - Viktor Frankl

There are many lessons to take from Man's Search For Meaning. As I am going through the book again to complete this review, I feel like I could read it all for a second time and I would find many new lessons to learn in Dr. Frankl's words.

Despite all the suffering in the recounting of his experiences in concentration camp, this is one of those books that makes you feel gratitude and appreciation for the life you have.

I will take a risk and choose one most important takeaway from the book: no matter how hard the situation you are in, it is one of man's gifts that he can choose how he will face it. As did the many holocaust victims who walked into the gas chambers with their heads held high.

With great content and only 150 pages, there is no reason why anyone should not give this book a chance. Take a weekend to read it and I am sure it will help you appreciate your life more.