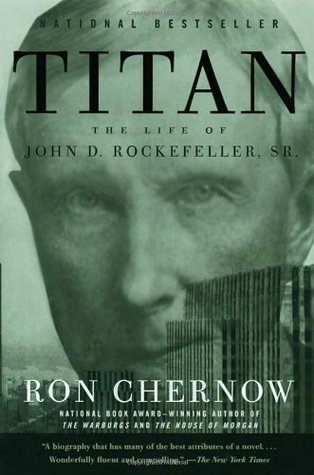 Hero or thief? What does it take to become the second world's richest historical figure? Titan is the biography of John D. Rockefeller, Sr., one the world's richest figures, who made his fortune by building Standard Oil, the company that grew to hold the monopoly of petroleum products in the late 1800s.

Titan is authored by Ron Chernow, a renowned biographer, winner of the 2011 Pulitzer prize for biography with his book Washingtion: A Life. However, his most well known work today is perhaps Alexander Hamilton, the biography of the founding father which was adapted into the famous musical Hamilton in 2015.

From humble beginnings to wealthy mogul

John D. Rockefeller didn't have an easy childhood. He was the second of six children of Bill Rockefeller and Eliza Davidson, born in a humble dwelling in upstate New York. His father, a con man and a snake-oil salesman, travelled around the neighbouring states for months at a time, while his family struggled to make ends meet. Worse, he was also a bigamist and eventually abandoned Eliza and the children to live with another wife.

The family moved several times, only to settle later in Cleveland, Ohio when John D. was in his teens. As the eldest son, John D. helped his mother from an early age. She was very religious, which gave him a strict upbringing, with a heavy feeling of responsibility towards the family from an early age.

It was in Cleveland that John D. had his first job as a bookkeeper, excelling at this work due to his experience at helping out his mother. From there on, the path was always upwards. When oil was discovered in nearby Pennsylvania, Cleveland became one of the main refining centers in the United States. Seizing the opportunity, Rockefeller joined a couple of associates and went into the refining business.

Oil prices fluctuated so much that Rockefeller and many of his contemporaries believed that the only way to save the industry was to have one single company dominate the market, imposing prices and absorbing price shocks.

His management skills made his refineries much more efficient, which in turn gave him the power to acquire competing refineries. This paved the way for Standard Oil to become the so desired monopoly.

But Standard Oil's rise was also marked by dubious business practices. Rockefeller did all he could to get an advantage against the competition: cartels with railroads, secret company acquisitions, industrial espionage, blocking competitors by starving them out of raw materials, and even paying off politicians.

In one move, by convincing railroads to threaten his competitors with an increase in transportation prices, Rockefeller managed to get them so scared that 22 of the 26 competing Cleveland refineries sold off to him. An impressive number that serves as proof of Rockefeller's avid acquisition apetite.

As Standard Oil grew larger and larger, so did Rockefeller's fortune. In his thirties, he was already one of the country's richest men and held the monopoly on the kerosene refinery and distribution.

However, the turn of the century brought a lot of popular discontent towards Standard Oil's dominance. After many court cases, it was finally ruled that Standard Oil was to be broken up in 34 separate companies, dictating the end of the monopoly in 1911. Nonetheless, Rockefeller remained the major shareholder in all those companies with about 25% of the shares. And with the automobile boom just starting, his shares appreciated heavily and his fortune only grew bigger in retirement.

Between heaven and hell

Rockefeller's life is full of controversy. He seems to have been a good person who always tried to help others. Despite his unimaginable wealth, Rockefeller never turned ostentatious. For example, he never stopped enjoying the companionship of regular people and continued going to the same Cleveland church even after becoming the world's richest man. He was also worried about the upbringing of his children and ensuring that they wouldn't spoil the family money.

Despite all of Rockefeller's business sins, he has always been aware of the responsibility that came with his wealth and became a pioneer philanthropist. Over the course of his retirement, Rockefeller's main concern was the distribution of his wealth, leading him to give away $500 million during his lifetime.

Even more important than the sum of money donated, was the way Rockefeller did it. Before, other rich men would donate to the construction of buildings with their name on it. Instead, Rockefeller pioneered by making most of his donations to educational and medical research.

After a life torn between the management genius, the monopolistic instincts and great philanthropic works, John D. Rockefeller Sr. died peacefully in 1937 at 97 years old.

Today, Chevron, ExxonMobil, and other descendant enterprises perpetuate the Standard Oil legacy as some of the top companies in the oil industry. As for the rest of Rockefeller's legacy, it can be found in the classrooms of the University of Chicago, in the thousands of discoveries by the Rockefeller University, or at the Rockefeller Center in New York.

Titan is a massive, but very interesting book. Chernow does a great job researching about Rockefeller's life, from his young age to his 97th birthday. We feel like the author was a spectator, present at every stage of his life.

However, this is also one of drawbacks of the book. We learn about so many events in Rockefeller's life that it becomes an epic task to finish its almost 700 pages (it took me three months). But I guess this is the case with most biographies.

It is very insightful to accompany someone's life from birth to death, and understand what made them who they were at different points in life. How such a strict businessman became a relaxed old man in his retirement, this is to see life in its completeness and it makes me comfortable with my own growing up.

A biography is also a very good way to learn more about history. Through Rockefeller's ventures, we get to see how the world was in the mid 19th century and how much it was changing. It is a lesson about American history in the so-called Gilded age.

All in all, reading Titan was a great experience. I would definitely recommend it as a great biography to read. I am just not yet sure whether reading such detailed biographies is a good idea. I consider my time has been well invested with Titan, but I also believe I will keep to shorter books in the coming months. 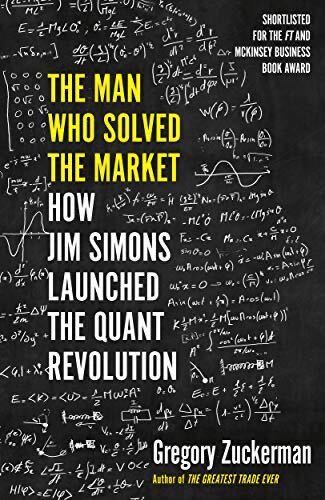 By Gregory Zuckerman (2019) Pages: 357, Final verdict: Great-read Jim Simmons is one of the most secretive and fascinating man in Wall Street. A mathematician and former code breaker for the US government, he is the founder of Renaissance Technologies, one of the world’s most lucrative hedge funds. In... Read more