The Industries of the Future 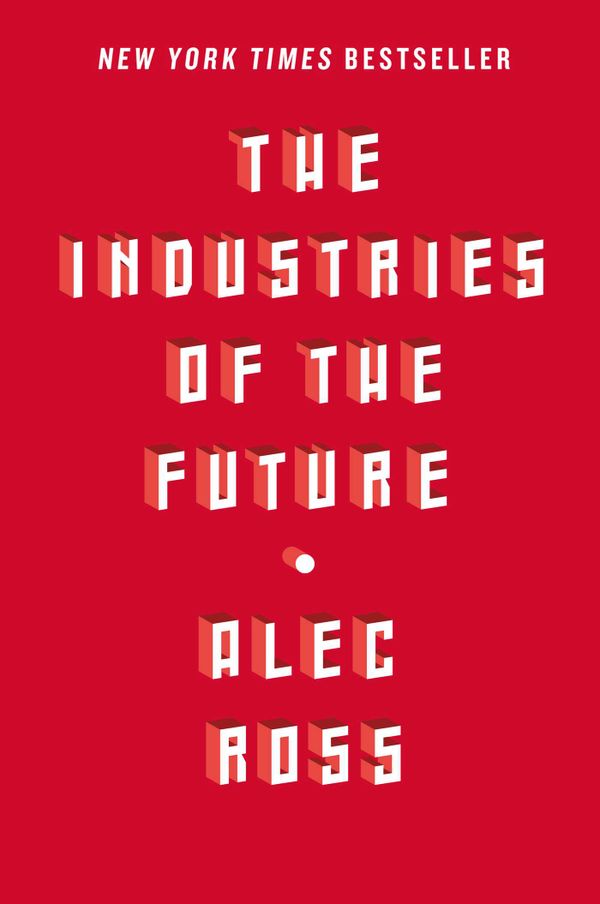 What will the world look like in 20 years? For a young adult, a parent or a run-of-the-mill futurist, there are only a few questions that will cause less discomfort than this one. And yet, curiosity kicks in whenever we wonder about what lays ahead.

In Industries of the Future, Alec Ross, fortunate to have worn the glasses of the future through his visits to innovation hubs as the Senior Advisor for Innovation to Hillary Clinton, brings us his view on the key building blocks that will emerge as the cornerstones of economic development for the coming years.

Uncertainty is a word that causes very different effects on people. While some embrace the unknown, others fear it and excel on the comfort of feeling they are part of a plan.

In the past 20 years uncertainty has gone hand in hand with a thriving world economy. The last wave of technological revolution has taken millions out of poverty, increased our average lifespan and raised standards in education and health. However, the middle class of the so called "developed countries" will tell you a different story as stagnant income and unsatisfactory unemployment rates have been the status quo for the larger part of the past 20 years.

In an attempt to give our generation a backstage pass to what job market will hold, Industries of the Future explores the ins and outs of 5 different sectors of our (future) economy. From the advancements in artificial intelligence to the "code-ificiation" of money, we are taken through a snapshot of what happened in recent years, and how we can expect those industries to influence us in the future.

"Our most valued commodities have gone from salt and sugar to chemicals and fuels to data and services." - Alec Ross

Hollywood's dream is coming to life

Terminator, the Jetsons and Wall-e are just a few examples of how the movie and television industries have long been prophesying the rise of intelligent machines living alongside humans.

Now, and as those days seem ever closer to arrive, Alec Ross decided to dedicate the first chapter of the book to the rise of robots:

However, and if you think that the idea of robots being a commonplace in manufacturing, transportation or at your grandparent's place is far-fetched, the second section of the book is even more surprising.

In an insightful chapter dedicated to life sciences, Industries of the Future exposes the reader to the advances done in the commoditization of DNA sequencing. More, we (quickly) explore the advances in the other realms such as artificial organs, delivery mechanisms for healthcare in rural areas and early cancer detection (nothing short of inspiring).

"In the years ahead, we will live in a world where we'll be able to target cancer cells with true precision and breathe air out of lungs transplanted from farm animals" Alec Ross

The world of bits (on steroids)

If there is one thing that the past 20 years have brought us is interconnectivity. In the late 1990s accessing the internet normally meant being at the computer next to your phone while waiting for that (annoying) dial up sound to get connected. Now, our attention span has considerable dropped as we cannot withstand not looking at our smartphones every minute. As telecommunications and the internet are becoming ubiquitous in our world, there has been an exponential growth of its applications.

With about half of the book dedicated to algorithms, code and cybersecurity, there is no shortage of information of how 0s and 1s will continue to move the power away from the world of atoms, and into the world of bits.

Among the many implications that the continued spread of the Internet revolution will have on the the world economy, the 3 sectors depicted in the book are:

We've all witnessed what the Internet has done to the way we do business, communicate, and even find love. Armed with a combination between macroeconomic trends and insights from top world entrepreneurs, Industries of the Future brings a set of complex topics to the table. Alec Ross experience and exposure to the way problems are being solved across the world give the readers a rare perspective on how new global trends are (or will) affect our lives.

Although I would have expected greater insights into how change will be brought to sectors such as energy and transportation, I can't help but to highly recommend this book. After finishing it, uncertainty about the future might not seem so scary after all.